Just now I found out a few more interesting tidbits of  how and why Heltzel got to Philadelphia and back to Indianapolis.

I found this article from the Eugene Register-Guard of July 14, 1944:

"The Philadelphia Phillies replaced their departing shortstop Ray Hamrick, who will be inducted into the Navy today, by purchasing William (Heinie) Heltzel from Indianapolis of the American association for an undisclosed sum."

That explains why the Phillies picked up the light-hitting Heltzel, he was an emergency filler for the club.

How did he go back to the Indianapolis club right afterwards? I couldn't find the answer to that until I stumbled across this August 18, 1992 column from the Philadelphia Daily-News' Philly.com website, and journalist Paul Hagen. In ti he references a 26-game road trip the Astros had just undertaken, and related a story about the 1944 Phillies having a 28-game road trip. From the article:

Next stop was St. Louis, where the Phils again lost three of four to fall into last place. After that series, a roster move was made. "Heinie Heltzel, the shortstop who spent two weeks proving to the Phillies that he can't play shortstop, was returned whence he came today," reported a newspaper. ''Acquired from Indianapolis on a look-before-you-pay basis, Heinie was returned to the American Association club with a tag inscribed, 'Opened by Mistake.' "

So from that we can deduce the sale was a conditional one, and Heltzel's performance didn't meet the conditions. 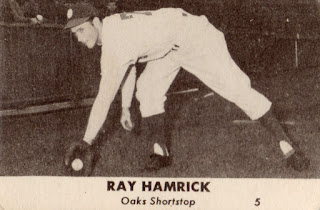