Sorry for the delay between posts, as we welcomed first grandchild Wyatt Amos Hooks last week!

We get Savage today, Bob Savage, a pitcher in the forties for the A's and Browns. His Baseball-Reference page mentions his waiver pickup by the Brownies, but not how he goes to San Diego (and the Cleveland system) after just a few games with St. Louis. Savage's 1949 season started poorly in the majors, with a 6.43 ERA in 4 games. He was then shipped to San Diego in this deal found in the May 20, 1949 Milwaukee Journal...

Short and to the point!

Savage spent the rest on 1949 and all of 1950 with San Diego, then went to San Francisco and the Yankees system in this deal chronicled in the Spokesman-Review of Dec. 7, 1950...


This deal is not mentioned on Savage, Graham, Tobin or White's major league Baseball-Reference pages.

So we are back in action, and a couple previously unknown deals are out to the blog-reading public! 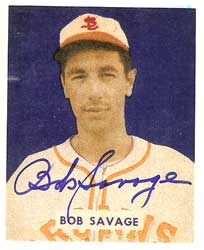 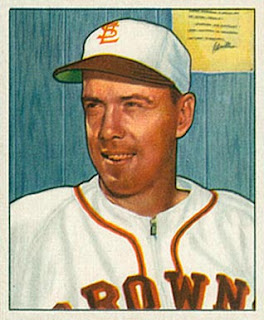 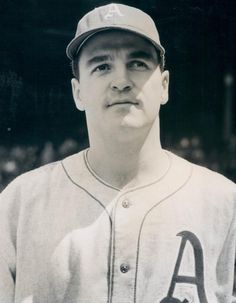 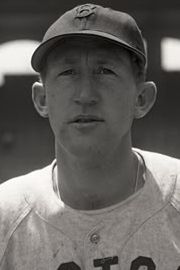 
www.baseball-almanac.com
Graham Pic from
www.vintagecardprices.com
White and Tobin from Pinterest
Posted by Eric C. Loy at 5:55 AM No comments:

Sometimes in doing random research for the blog I run across something fairly major, and I consider this find one of those instances.

The St. Louis Browns, as we know, moved to Baltimore and became the Orioles. Baltimore had a minor league team there, the Orioles, for decades.


The Orioles purged many of the old Brownies very quickly, but a part of their history was unknown to me until I stumbled across this article from the St. Petersburg Times of Jan. 19, 1954:

“The Baltimore Orioles of the American League announced yesterday they have sold 14 players to Richmond of the International League for $50,000, including nine of the active list and 5 on the restricted list.”
“The Orioles inherited the players from the old International League Orioles.”
“The nine of the active list are pitchers Dick Starr, Ken Heintzelman, Joe Ares, and Wimpy Nardella; catcher Marty Tabacheck; infielders Russ Kerns and Eddie Kasco [sp Kasko]; outfielders Marv Rackley and Roy Weatherly. Ares and Kasco are on the national defense service list as returning serviceman.”
“The five on the restricted list are Blix Donnelly, Ray Poat, Gordon Mueller, George Byam and Butch Woit [sp Woyt]. All were out of baseball last year but were owned by the Orioles. Their contracts go to Richmond.”

The Baseball-Reference major league pages of Starr, Rackley, Kerns, Heintzelman, Weatherly, Donnelly and Poat make no mention of this deal. None of these players made it back to the majors after this, and the players on the restricted list didn't play in organized ball at all after this transaction.

However, Eddie Kasko [misspelled Kasco in the article] has this mention on his page:

Before 1954 Season: Sent from the Philadelphia Phillies to Richmond (International) in an unknown transaction.

Baltimore was a Phillies AAA team before the Orioles moved in, so this sale explains that move. Richmond, by the way, was an expansion International League team that year, and independent that season.

A major bit of baseball history, with a minor league twist! 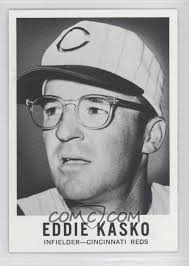