Bill Edgerton gets his Pilots License: The Truth!

Bill Edgerton was a pitcher that had a couple of games in the majors in stints for the A's and Pilots.

His Baseball-Reference page has a number of unknown transactions listed for him, and I took to the archives to see if we could find some answers.

Edgerton's trip to the Pilots is listed as such:

And his minor league career in 1968 starts in AAA Seattle, an Angels affiliate. He goes for a time to San Diego in Philadelphia's system, then to the Pilots in 1969. If you just look at the listing of teams, then Baseball-Reference's history makes sense.

But that's not what happened.

Edgerton was on the A's Birmingham team when he was drafted in the minor league draft, listed here in the Arizona Republic of Nov. 29, 1967:

Seems simple. BUT. Edgerton was property of the Seattle team itself, NOT the Angels parent club. This is explained in this article from the July 3, 1968 Gadsden Times:

“The members of this exclusive Pilot Players Club are infielder Marv Staehle and southpaw pitcher Bill Edgerton, who have been farmed out to the Seattle Angels of the Pacific Coast League.”

“This is like lending yourself a couple of bucks because the Angels are owned by Pacific Northwest Sports, Inc., the same outfit that owns the Pilots. But the other players and Mgr. Joe Adcock are owned by the California Angels.”

Staehle had been purchased by the Pilots outright earlier.

So Edgerton was Pilot property as soon as he was drafted in 1967. He was never a part of the Angels or Phillies systems! This reminds me of the Chuck Collier blog we did  earlier.

Another Edgerton transaction listed has him going on waivers from the A's to the Indians and back again. The first transaction was a straight up sale, not a waive, according to the Feb. 17, 1965 Star-News:


Couldn't find how he got back to the A's, and he never played for the Indians. 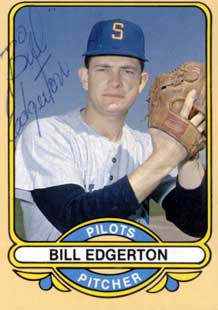 Hank Behrman pitched for the Dodgers, Pirates and Giants in the late forties.

He recovered in 1948 for the Dodgers enough for the Giants to purchase his rights in 1949, but a 4.92 ERA and a 2:1 walk to strikeout ratio for that season ended his time up top. His Baseball-Reference page ends his transaction section there, but he was involved in a few more deals, we found.


On Hank Behrman (and Roy Zimmerman, formerly of the Yankees’ farm system)…

“Both were released to Oakland of the Pacific Coast League by the National League Club.”

“Durocher said that by sending Behrman and Zimmerman to Oakland, the Giants have obtained an option on purchasing Bill Taylor, left-handed hitting outfielder, at the end of the current PCL championship season.”


So the deal was for selling Behrman and the formerly-blackballed (for jumping to the Mexican League) Zimmerman to independent Oakland, Leo Durocher and the Giants would get right of first refusal on Taylor, who they later DID purchase. Taylor has an interesting set of transactions too, we will get to them later.

Behrman plays in 1951 in three places, Oakland, San Francisco and AA Oklahoma City. The Oklahoma trip must have been a look-see, because otherwise the next two deals I found make no timeline sense.

In 1951, Behrman goes from independent Oakland, to the Yankees' San Francisco farm team. From the Ellensburg Daily Record of Apr. 11, 1951:


“San Francisco’s cellar-dwelling Seals shelled out ‘in excess of $10,000’ yesterday for a righthander who earned 17 victories for their cross-bay rivals, the Oakland Acorns, last year.”

“He is Hank Behrman…”

Despite the trip to Oklahoma City, of which I was unable to find a reason, Behrman is still San Francisco property when he is sold to Toledo, of the White Sox system. From the Toledo Blade of Feb. 27, 1952:

“The Mud Hens, whose financial troubles were slated to be ironed out today, continued to move on the pitching front by the purchase of Hank Behrman, former major league right-hander, from San Francisco.”


Unfortunately those financial problems were NOT totally ironed out and the team moved to Charleston during the season (by American Association mandate). After one more sub-par season on the mound, Behrman's career was over. SABR has a nice biography of Behrman you should check out. 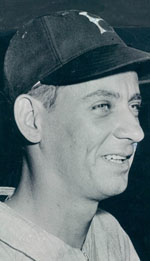 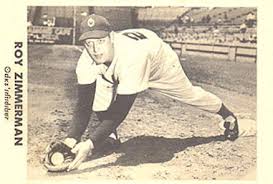 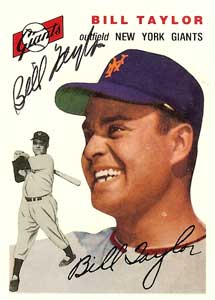