Sometimes ballplayers have their major league careers ended by a sale to the minor leagues, and that doesn't end up on their Baseball-Reference page. Here are three examples:

Don Lund was an outfielder for Brooklyn, the Browns and Detroit from the forties until 1954. That is when his major league career ends mid-season with the Tigers; but HOW it ends gets explained in this article from the Milwaukee Journal of July 30, 1954:

Lund finished his playing with Minneapolis that year. Articles from the time suggest that these deals were not related to each other despite the timing.

George Lerchen played in two major league seasons; with the Tigers in 1952 and the Reds in 1953. I could not find how he got from the Tigers to the Reds, but I could find what happened to him after what seemed to be a nice 22-PA performance for Cincinnati in 1952. From the Daytona Beach Morning Journal of Dec. 10, 1953:

Lerchen spent a short amount of time at independent Portland before finishing his playing career in the Cardinals organization.

Joe "Specs" Ostrowski threw for the Browns and the Yankees in a major league career that lasted from 1948 to 1952. He had a couple nice years up top, but at age 35 he could only manage a 2-2 record and a 5.68 ERA with the strong Yankees. His major league career ended with a sale to the PCL. From the Reading Eagle of Feb. 13, 1953:

Right to the point. He tossed 72.2 effective innings in 1953 for the Cubs' affiliate and that was the end of his pitching career. 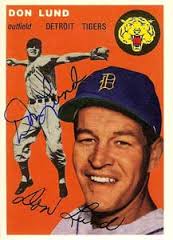 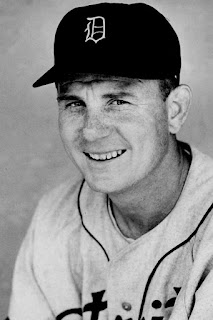 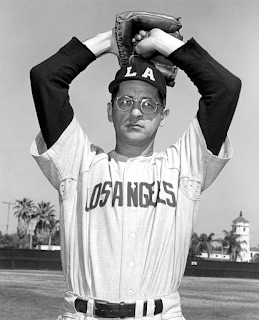 Joe Schaffernoth was a pitcher in the majors with the Cubs and Cleveland between 1959 to 1961. His Baseball-Reference page lists a couple of transactions for him:

The first two are easily confirmed. But the last one didn't explain why Schaffernoth returned in 1962 to the Cleveland farm system, specifically their Jacksonville AAA team, to finish his career.

I found that last deal in this article from the October 15, 1961 Reading Eagle:


“The Cleveland Indians announced today that pitchers Joe Schaffernoth and Dave Tyriver have been sent to the Washington Senators on a conditional basis.”

The bolding was done by me....as an "AHA" moment. The sale was conditional, and BOTH Schaffernoth and Tyriver were returned to the Cleveland club by the start of the next season. So we can add that to the deal.

On Tyriver's Baseball-Reference page, the return is mentioned, but not as a part of the same deal. Tyriver would make a couple of appearances for Cleveland in 1962.

Schaffernoth would play just two more years, both in the minors for Jacksonville. He was involved in one more transaction, though! From the April 7, 1964 Dayton Morning Journal:

“The (Toronto) Leafs management announced today the purchase of pitcher Joe Schaffernoth from the Cleveland Indian’s (sic) organization. Schaffernoth, then with the Jacksonville Suns, was the International League’s most valuable player in 1962.”

Schaffernoth never played for Toronto, which was an affiliate of both Milwaukee and Washington that season. 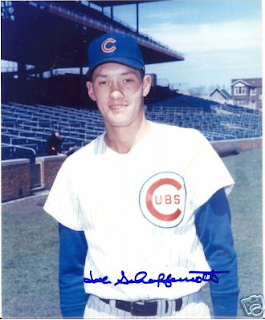 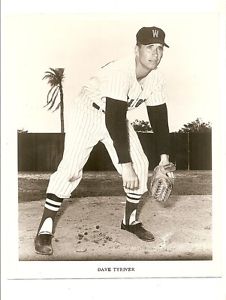