Finding transactions from the forties is a lot of fun but can also be a lot of work. Newspapers sometimes garbled up names of players, and sometimes trades were altered or vetoed at the last minute for one reason or another.

We look today at a simple transaction of three players that ended the major league career of two of them; and two of them never played for the team that acquired them.

“The outright purchase of 3 players from the Philadelphia Athletics was announced today by Earl Mann of the Atlanta Crackers of the Southern Association.”

“The 3 new players….are Pitcher Charles Bowles, a righthander, who pitched 33 innings for the A’s last season, losing 3 games; 3rd-baseman Joseph Burns, who hit .256 in 83 games with Connie Mack’s club, and Outfielder Larry Drake, who played with Toronto and Baltimore of the International League last season.”

Bowles, Burns and Drake all played in the majors in 1945 with the A's. Bowles and Burns never made the big time again, in fact, Burns stopped playing altogether, evidentally.

Drake did not play for Atlanta that next season, going to Sherman, TX for a couple years before resurfacing with the Senators. Try as I might I cannot track anything down on that.

This sale to Atlanta is not mentioned on any of the three Baseball-Reference pages, but Burns has this notation in his transaction list:

Which doesn't seem to make sense; I'll see if I can find more about this.

Drake, while he didn't appear for Atlanta that season, DID eventually wind up with the Crackers. The Senators farmed him out to Chattanooga in 1948 after a couple of appearances for them, and the Lookouts dealt him to Atlanta for the next season. From the Daytona Beach Morning Journal of Dec. 10, 1948:

“Outfielder Larry Drake who set a new home run record for the Chattanooga Lookouts last season was sold yesterday to the Atlanta Crackers.”

Drake would spend 1949 with four teams, independent Atlanta first, then Jersey City. From the Asbury Park Press of June 7, 1949:

" The Jersey City Giants of the International league bought outfielder Larry Drake from the Atlanta Crackers yesterday. The Southern association club had bought him from Chattanooga last winter. Last year Drake hit 30 home runs. His batting average this season is .260."

Baseball-Reference has Drake playing just 6 games for the Giants' AAA team, and he goes to Columbia, a Reds Single-A team, and independent St. Hyacinthe to finish the year and his career. 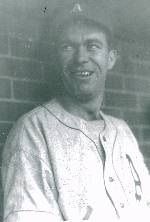 Sorry it has been awhile, life gets in the way, you know.

Ike Pearson was a pitcher in the forties for the Phillies and White Sox. He is best known for his terrible won-loss record in the majors, posting an 11-47 record over his first four years with Philly.

After the war, he returned to Philadelphia where he put up decent numbers over a few games, a 3.77 ERA in 5 games, 2 starts and a 1-0 record off a complete game shutout....but all that got him was a trip to independent Seattle in the PCL. This is not logged on his Baseball-Reference page, in fact none of Pearson's transactions are posted there.

“The Philadelphia Phillies of the National league announce the sale of Pitcher Ike Pearson to Seattle of the triple A Pacific coast league in a straight cash deal.
The price was not disclosed.
Manager Ben Chapman said ‘Pearson wasn’t quite good enough this season to be used often. I think he can win on the coast.' ”

Ooooookay. The numbers show otherwise, and the Phils chopped a few contracts trying to save money that year.

Pearson finished the season with Seattle, and started 1947 there before finishing at Chattanooga, a Senators AA affiliate, getting there in a deal I couldn't find.

He went to the White Sox for the 1948 season, in an odd deal where he bought out his release for a chance with the Pale Hose. From the Milwaukee Sentinel of May 8, 1948:

“Ike Pearson, White Sox hurler, is gambling $9,000 that he makes good in the majors this time. He formerly pitched for the Phillies. Pearson turned down an $8,000 offer to manage a minor league club and then paid Chattanooga $1,000 to release him from a player’s contract.”

His time in the majors with the White Sox was mediocre, and he was eventually sent to Minneapolis, and the Giants organization. ChiSox GM at the time Frank (Trader) Lane explained how in an interview published in Arch Ward’s “In the Wake of the News” in the  Chicago Daily Tribune of June 14, 1952:

“Saul Rogovin cost us Ike Pearson, a pitcher we had at Memphis. We traded Ike to Minneapolis for Bob Cain, then swapped Cain to Detroit for Rogovin”

We check Bob Cain's Baseball-Reference page and find this:

May, 1949: Sent from the New York Giants to the Chicago White Sox in an unknown transaction. (Date given is approximate. Exact date is uncertain.)

Well, we still don't have the date exactly, but that was the deal that sent Pearson from the White Sox to the Giants minor leagues.

This account is seconded in an article about Bob Cain in the Free Lance-Star of May 5, 1950.

The only disparity in Lane's account is the fact brought up in the Milwaukee Journal of May 24, 1951 that Minneapolis actually received Pearson from Memphis, a Cardinals affiliate, where he had been loaned from the White Sox.

That article was actually detailing the release of Pearson by the Millers. 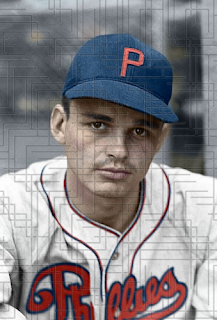 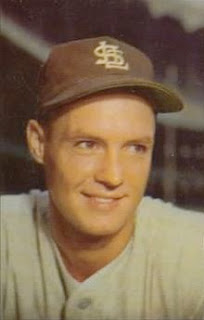