As we head into the second hundred posts, lets run through some "one shots," one-time transactions that can help fill in some baseball players' histories.

BOB ADDIS was an outfielder in the early fifties, and had a nice ,281 lifetime average. He had been barely used by the Pirates, though after the Cubs sent him in a multi-player deal for Ralph Kiner. The Baseball-Reference page has:


But that is contradicted by this article from the Sunday Herald of June 14, 1953:

“Bob Addis, 27-year-old outfielder obtained from the Chicago Cubs in the Ralph Kiner trade, was sold by the Pittsburgh Pirates yesterday to Toronto of the International League for an undisclosed amount of cash.”

He finished his career in the minors.

KEN BURKHART won 18 games as a rookie pitcher for the Cardinals in 1945, and followed that up with a pretty good 1946. Things went sour in the next few seasons and he wasn't as effective, going to Cincinnati in 1948. He spent 1950 in Syracuse, Cincinnati's AAA club, then finished his career in independent Oakland in 1951. That transaction wasn't covered on his Baseball-Reference page, but we find it here in the St. Petersburg Times of Apr. 11, 1951:

“Buck Tanner, Rudy’s younger and pitching brother, is about to become a member of the Syracuse Chiefs of the International Leaague. The Chiefs are trading Ken Burkhart, former Cardinals hurler, to Oakland in the Pacific Coast League for Buck..”

After the season, both Lade and Layton go to the independent Texas League Shreveport team, no mention of the deal on either's Baseball-Reference pages. I found the deal here, in the Pittsburgh Press of Dec. 7 1952:

“Outright sale of Pitcher Doyle Lade and Outfielder Les Layton to Shreveport of the Texas League was announced today by the Los Angeles Angels of the Pacific Coast League.”

So a few quick ones, wrapping up histories of some players. 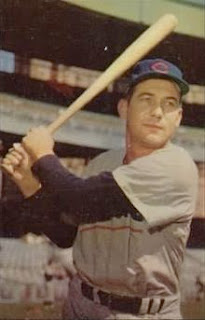 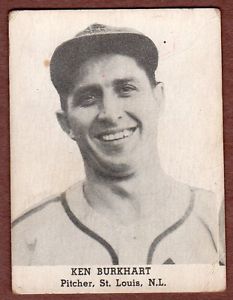 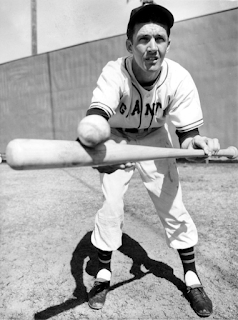 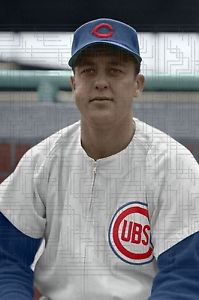 Burkhart from ebay
Layton from baseball-birthdays.net
Lade from ebay

POST 100! Now here are the last transactions over the next 48 posts...again "*" means a difference/correction from a previous Baseball Reference or Retrosheet listed transaction:

May 13, 1953: Pittsburgh Pirates sold Bob Hall to Seattle (PCL). Sale voided by league commissioner May 18, 1953 and Hall returned to Pirates.

May, 1959: Cincinnati Redlegs sold Eddie Kazak to the Baltimore Orioles

It has been fun finding these, and you can help too! thank you for reading and please spread the word to baseball history nuts!!!
Posted by Eric C. Loy at 8:02 AM No comments:

This being post 99 (and thank you for reading) I thought I should start listing out the found transactions so far. This is Part 1, Part 2 will come in post 100.

(*) - Denotes a corrected transaction from Retrosheet and/or Baseball Reference.