His Baseball Reference major league page ends things there, though his minor league page has his career continuing in Miami for a couple of years before going to the Dodgers system. How he got to Miami is covered with a short line in an article in the May 15, 1958 Gazette and Daily from York, PA:

Right to the point! This was part of a larger group of cutdowns mentioned in the article. Miami was a Phillies affiliate at that point, and transferred to Baltimore in 1959.

Snyder goes to the Dodgers chain in 1960, but I have not been able to find how that occured. 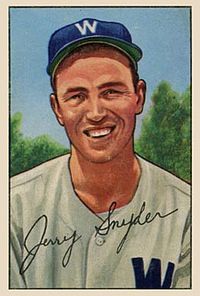 Fernando (Freddy) Rodriguez pitched for a LONG time in the minors, from 1945 to 1962, and made a couple major league appearances with the Cubs and Phillies in 1958 and 1959.

Melton evidently stayed under A's control, but Freddy was under BUFFALO control, albeit in the A's system. The next season, Buffalo became a Philadelphia affiliate, and Rodriguez went along with the ride. 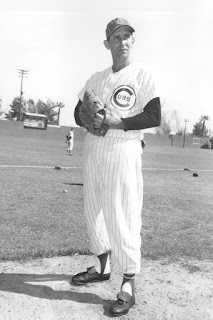 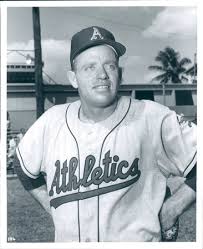 Al Zarilla Winds Down in the PCL

Al Zarilla played outfield for the Browns, Red Sox and White Sox thru the World War II years into the mid-fifties, and had a nice career. He was an All-Star in 1948 and had a mention in the MVP race for the AL Champion Brownies.

By 1953, his effectiveness as an extra outfielder in the majors had ended. His Baseball Reference major league page shows a sub-.200 batting average for the Red Sox. He played a couple more seasons in the PCL, starting with independent Seattle in 1954. But how did he get there?


“The Boston Red Sox and the signing of other major league baseball players made up most of the news today as the clubs pepped up preparations for the 1954 spring training season. Boston gave outfielder Al Zarilla, a 10-year American Leaguer, his unconditional release,”

So he was a free agent when he signed with Seattle.
From the Daytona Beach Morning Journal of January 30, 1954...

“Seattle’s baseball management announced yesterday the signing of Outfielder Al Zarilla, an 11-year veteran of the American League. He was given free agent status recently by the Boston Red Sox.”

Zarilla  spent a season at Seattle, hitting just .216. The next season, he started at independent San Diego.


In 19 games with the Padres, Zarilla's average rebounded a bit, to .256, but it wasn't enough to stick around.


The Hollywood Stars, a Pirates affiliate at that time, picked him up a bit later. From the Spokane Daily Chronicle of June 8, 1955...

Ouch, the use of the word 'desperate' isn't exactly a ringing endorsement.


“Veteran outfielder Al Zarilla was handed his unconditional release today by the Hollywood Stars of the Pacific Coast League.”

Other than a short class-C stint in 1956, that was it for Zarilla's career. He got everything out of what he had. 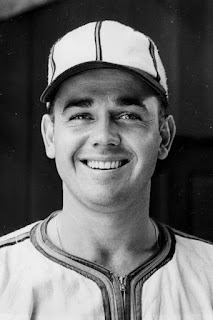 Zarilla pic from www.ootpdevelopments.com
Posted by Eric C. Loy at 8:15 AM No comments: