The cast of characters changed a bit. They added not one but TWO Dukes, Snider and Carmel. Snider performed pretty well, considering, with an OPS+ well over 100, but Carmel....not so bad for him, really, at 94 OPS+.

Carmel bounced around quite a bit, with the Cardinals picking him up several times. His Baseball-Reference page lists many of the deals, with a couple of unknown deals I couldn't dig up. One that I DID find was an unlisted side trip for Carmel in 1965 to the Giants organization.

In 1965, Carmel was inexplicably drafted by the Yankees and after originally not making the team in spring training, was brought in after a Yankee injury. After going 0-for-8 with 5 strikeouts, Carmel was back in Buffalo and the Mets' minors. Soon he went to the PCL in this deal found in the Schenectady Gazette of July 27, 1965:


“Duke Carmel, an outfielder for Buffalo in the International Baseball League before he was sold to Tacoma, Wash., in the Pacific Coast League, rejoined the Bisons Tuesday.”

“Carmel went to Tacoma on a conditional sale July 26….”

Evidently Carmel's performance did not meet the conditions.
------

Ted Schreiber was an infielder that came up as a Boston prospect before a Rule V draft landed him on the Mets. He didn't hit particularly well. even for a Met at the time, and 1963 was his only season in the majors.

In 1963 he went to Buffalo, where he would stay until partway through the 1965 season. Though the deal isn't listed on Schreiber's Baseball-Reference page,  he is sent to the Oriole AAA team in Rochester in this deal I found in the Democrat and Chronicle of Aug. 7, 1965:

“The Red Wings won a ball game, 10-5; got a ball player, Ted Schreiber; and all but nailed down the Red Wing won-lost championship for pitcher Billy Short last night.”

“Schreiber, a Buffalo Bison infielder, has been purchased through the courtesy of Baltimore Oriole money for the Rochester infield.”

Schreiber finished his career after that season was over.
------

Chico Fernandez was a veteran shortstop who started for the 1961 Tigers, one of the best teams to not make the playoffs. They had the unfortunate luck of having that year (101-61) the same time the Yankees had their best team of the sixties.

Fernandez was a Dodger prospect that bounced to the Phils, Tigers and then the Mets in 1963. No longer hitting or fielding well enough to stick with the Mets, he was dealt to the White Sox according to his Baseball-Reference page.

The ChiSox sent Fernandez to their AAA in Indianapolis, but Fernandez goes back to the Detroit minors and finishes the season at Syracuse in a deal not chronicled.

While I couldn't find the complete details in a newspaper article of the time, this later article from the
March 23, 1965 Indianapolis Star does give us a bit of the picture:

“Two outfielders on the Lynchburg roster who began drilling with Indians are veterans Jesse Queen and Jim Koranda. The Indians obtained Queen near the end of the 1964 season as part of the transaction which sent Chico Fernandez to Syracuse.”

So we can figure that Fernandez was sent to Syracuse for Queen, and that there might have been other parts in the deal. If you find it, let us know! 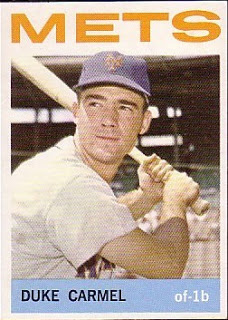 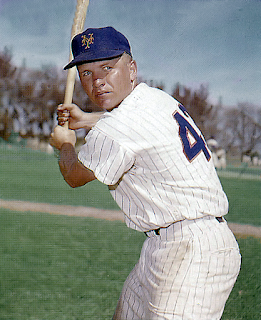 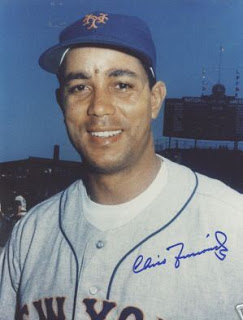