Ewald Pyle played for a few teams in the forties as a pitcher; his overall career numbers weren't the best (11-21, 5+ ERA), but he was good enough to get in games with the Browns, Senators, Giants and Braves.

His Baseball-Reference page comes up short in listing his transactions:

First of all, it doesn't tell us how Pyle went from the Senators to the Minneapolis squad. I found it in this article about the Senators cleaning house in 1943 from the St. Petersburg Times of July 30, 1943:


“First to go was pitcher Ewald Pyle, traded to Minneapolis of the American Association for Wilfred Le Fevre [sp], a southpaw formerly with the Boston Red Sox.”

Wilfred (Bill) LeFebvre would pop up with the parent Senators later.

Pyle played in the majors in 1945 with the Giants and Browns, but finished with independent minor league team Milwaukee. Here's how that happened, from the Telegraph of July 3, 1945:

“…the Boston Braves today obtained right hand pitcher Don Hendrickson from Milwaukee of the American association, general manager John Quinn announced.”
“The Braves turned over left hand pitcher Ewald Pyle outright to Milwaukee and will give them another player later, and transferred on 24-hour option catcher Mike Ulisney. The Boston club also transferred the option of Armond Cardone [Ben Cardoni], now with Indianapolis of the American association, to Milwaukee.”

So Hendrickson was traded to Boston for Pyle and a player to be named later, plus the Braves loaned them two others.

Hendrickson would play a couple seasons for Boston. Ulisney and Cardoni also had major league stops.

Pyle stayed with Milwaukee through their transfer to being a White Sox, and then a Boston Braves affiliate. But in 1948 he was traded to the Red Sox organization. From the Milwaukee Sentinel of May 18, 1948:


Grate would be in the majors for awhile later, while Gleeson's major league years were behind him. Sinton did not make the majors. Grate would gain some notoriety for throwing a baseball 443+ feet in 1953.

Pyle closed out his career at age 38 the next year with Louisville. 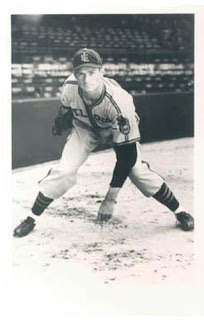 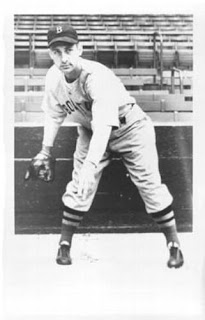 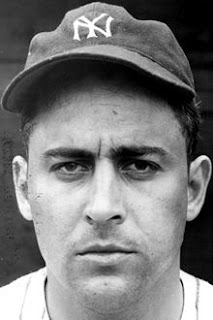 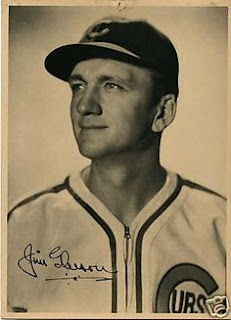 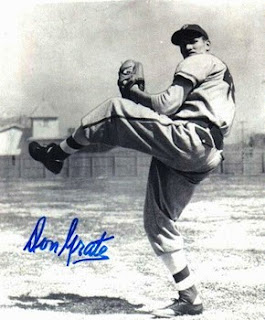 Pyle and Lefebvre from www.tradingcarddb.com
Henderson and Gleeson from pinterest
Grate from www.examiner.com