Bob Stephenson is Another PTBNL for Schoendienst

Bob Stephenson had just one year in the majors, spending 1955 with the St. Louis Cardinals. He played mostly shortstop, with a little second base and third, and hit .243 in 118 at-bats over 63 games. 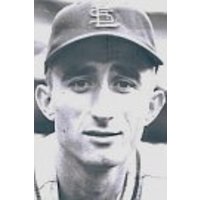 He had come up in the Cardinals system, spending 1950, 1951 and 1954 there (with time off for military service evidently) and headed back to the minors for his last pro season, 1956. He started in Omaha for the Cards and finished the season for Minneapolis for the Giants. His Baseball-Reference page does not list a trade for this move, but we have found that it was an add to a well-known trade featuring a Hall-of-Famer!

Which we now know is incomplete. Perhaps a better rewrite: