We covered a previously unrecorded transaction sending him to Richmond here.

Now we are going way back to the start of his career.

Before 1955 Season: Signed by the Pittsburgh Pirates as an amateur free agent.

But we have found an article that contradicts that. Christopher started his pro career in the Orioles organization, in Phoenix, a Class C team for them at the time. Partway through the 1955 season he goes to the Pirates system. Turns out he was involved in a trade that included former major leaguer Earl Smith.

But it was no bargain basement deal for the Stars, who had to sell Outfielders Joe Christopher and Gene Stair to Lincoln, Neb of the Western League in order to complete the deal."

Lincoln was a Pirates Class A team, and except for a stint in Mexico City, Christopher stayed in the Pirate chain until his major league debut.

The deal was not on Smith's Baseball-Reference page.

Still have to find a few deals involving Christopher, so we will keep looking. 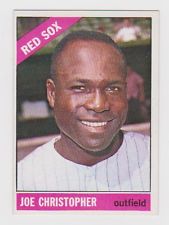 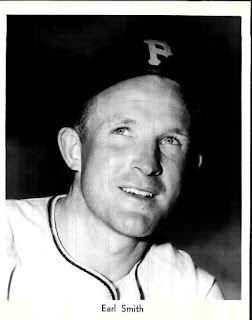