The last several posts we've been heading back to the twenties to forties to add a few transactions to the historical record...this time we run back forward to the sixties.

Bob Roselli was a third-string catcher for the Braves and White Sox in the fifties and early sixties. He came up behind Del Crandall with Milwaukee, and behind Sherm Lollar with the White Sox, so despite being an o.k. hitter and decent fielder, there was no playing time to be had there.

Gene Leek was an infielder, mostly at third base, with Cleveland in the fifties and the original Angels in the early 1960's. Never much of a hitter, his bat kept him from a lot of major league action.

Roselli was on the White Sox in 1962, and Leek on the Angels the same year. The NEXT season, Leek shows up at Indianapolis, a White Sox affiliate, and Roselli finishes his career in Hawaii, the Angels' PCL club. No explanation for the moves is given on either player's Baseball-Reference page.

Well, Roselli had been outrighted to Indianapolis, according to the Oct. 16, 1962 Cuero (TX) Record:


“The Chicago White Sox today announced the outright sale of three players to Indianapolis of the American Association to cut the roster to 38 and make room for minor league players to protect them from the draft.

Roselli didn't ever play for Indy, and was traded even-up for Leek. From the Indianapolis Star of March 30, 1963:

"Gene Leek, 25-year-old infielder who received a $100,000 bonus in 1959 to join the Cleveland baseball organization, will report tomorrow to the Indianapolis Indians' training camp here. Leek was acquired yesterday from the Los Angeles Angels of the American League in a deal that sent Tribe catcher Bob Roselli to Hawaii, the Angels' Pacific Coast League farm outlet."

Roselli didn't hit well in Hawaii and his career ended in 1963. Leek continued to not hit well and  went down to AA during the season. He would pop around on and off in the minors until 1969, never quite getting his bat to come around. 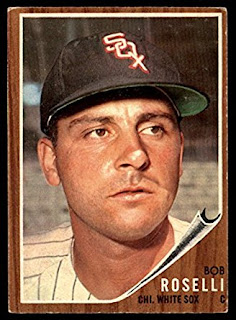 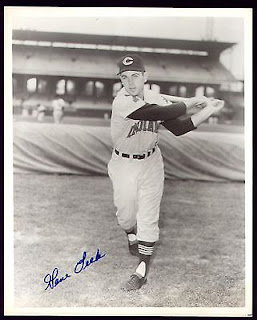