Joe Christopher is best known as one of the Mets' early outfielders, and had a pretty good season in 1964. Some baseball seamheads will know that Christopher was on the 1960 World Series champion Pirates and scored a couple runs in the Series.

Christopher stayed with the Mets until after the 1965 season, when he was sent to the Red Sox. He didn't get off to a good start in Boston in 1966, and was dealt to the Tigers, and sent to Syracuse, the Detroit AAA team at the time.

His Baseball Reference page shows he went to Richmond and the Braves' system late that season, but no transaction was shown. His SABR on-line bio article mentions the following:

"In 1966 he played for the Syracuse Chiefs, Detroit’s affiliate. Joe’s marriage to Ana ended in divorce that year, not long after he was sold by Syracuse to the Richmond Braves (for whom it does not appear he played)."

Hinting at a deal, and this Syracuse Post-Standard article confirms a sale:

Christopher did play for the Richmond club about 8 games according to Baseball Reference, but then spent 1967 in the Cardinals and Pirates minor leagues. I'll follow up on this if those deals are uncovered. 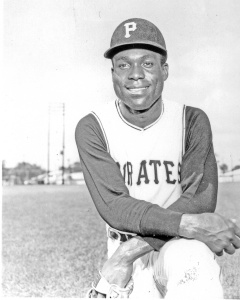